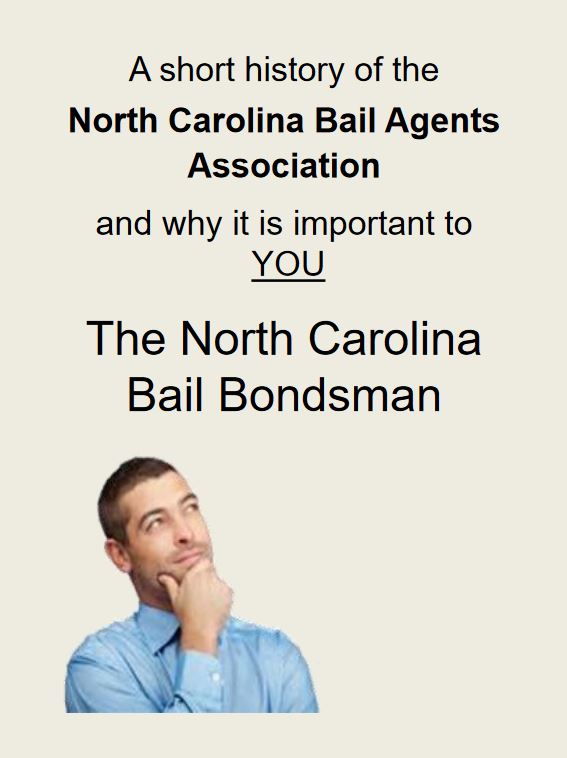 NCBAA strives to better clarify the role of the Bail Agent within the judicial system and educate legislators on the benefits of our industry. Many legislators, magistrates or the public do not understand the value of bondsmen to our state.

Bondsmen also provide a court appearance system. Bail agents have the authority to apprehend and arrest those for whom they have posted bail and, therefore, offer an additional arrest force of approximately 1,700 persons. Bail agents arrest and surrender ninety-eight (98%) percent of their failures to appear at no cost to the taxpayer.

In pursuit of protecting, preserving and promoting the private bail bond industry of North Carolina, the Association, through its governing body, has set forth to achieve and maintain the following goals:

The members of the association work diligently to protect, shape and improve the bail bonding industry.