Bail PAC is the political arm of our association. Through Bail PAC, we are able to strengthen our industry and work for better bail bond laws.

The strength of an association can often be perceived through the strength of its PAC. Personal donations from our members and friends help to make us effective in our efforts to have new and better laws passed to benefit all bail agents across the state.

Please consider a personal donation to the Bail PAC.  You can make a difference. 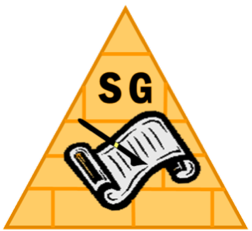 Surety Guild contributions help Bail PAC to achieve our mission of protecting, preserving and promoting private bail in North Carolina. With your assistance, we can elect candidates who are informed about the benefits of our industry. Thank you for your generous support. All contributions to a political action committee must come from personal sources and are not tax-deductible.

Huge thanks to everyone who supported BAIL PAC by purchasing a ticket for the 2020 $10,000 PAC Raffle. This year’s raffle was a great success, allowing BAIL PAC to support Pro-Bail Bonding Candidates across North Carolina.

This year’s prize was split evenly among the top 10 raffle contestants. We owe an even bigger thanks to those winners who donated their winning back to NC BAIL PAC. All proceeds go to Bail PAC to benefit bondsmen across the state.

BAIL PAC is currently planning its next fundraiser. Details will be posted on this page once available.

A guild is an association of professional craftsmen who work to preserve, improve and refine their art. Surety Guild is part of Bail PAC.

Surety Guild established membership levels to allow expanded participation. New and existing members may join at any level they choose.

The Surety Guild is a result of actions taken by North Carolina Bail Bondsmen who were tired of unfair treatment by the courts, unjust laws and unreasonable payments being forced by local school boards.

In 1992, bondsmen came together under the banner of the North Carolina Bail Agents Association (NCBAA). The initial goal of the association was to work for laws and establish definite guidelines for having forfeitures set aside, to save bondsmen from improper payouts.

However, NCBAA needed the help of legislators who understood and supported the bail bonding industry in order to get laws passed. Laws prohibit the association from supporting political campaigns with its funds that’s come from membership dues, donations and education tuition.

BAIL PAC is funded by personal donations that are used to support candidates who understand the importance of the bail industry.

In 2008, NCBAA BAIL PAC established the Surety Guild as an option for supporters to annually donate the BAIL PAC in the form of a membership.